From September through December 2018, various discourses will be constructed and published on the social networks about the 33rd São Paulo Biennial: agreements and disagreements with artworks, artists and the curatorship; hate speech; possible fake news; protests during the elections, etc. To monitor this network of discourses, we invited Labic - Laboratório de Estudos sobre Imagem e Cibercultura (Laboratory of Studies on Image and Cyberculture) of the Federal University of Espírito Santo (UFES) to produce different forms of visualizations of these voices, throughout the exhibition.

Labic is an example of many excellent laboratories existing in public Brazilian universities that are bravely resisting the serious financial crisis that Brazilian teaching and research are currently undergoing.

Action in partnership with the Center for Arts, Design and Social Research (CAD + SR), Boston.
Methodology

Graph shows the correlation between the growth of tweets over the Bienal and Lulaço on the day of opening. 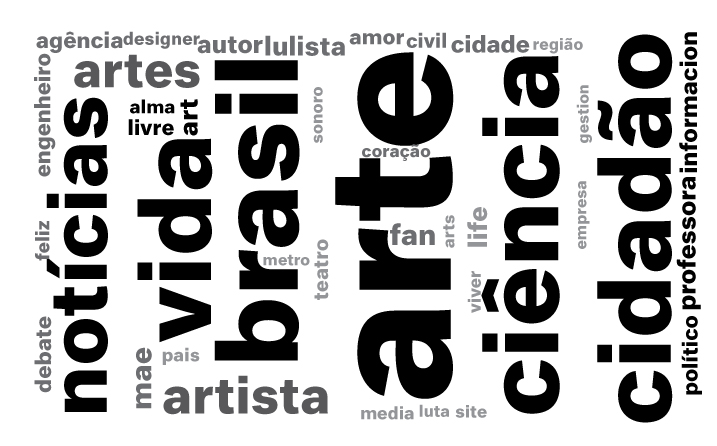 Words associated with the 33rd Biennial on Twitter during the first two weeks of the show.

Thematic analysis of the first week (September 3 to 10)

Thematic analysis of the second week (September 10 to 17)

Representation of tweets per day demonstrates oscillations on the Biennial theme over the course of 19 days (from September 13 to October 1). 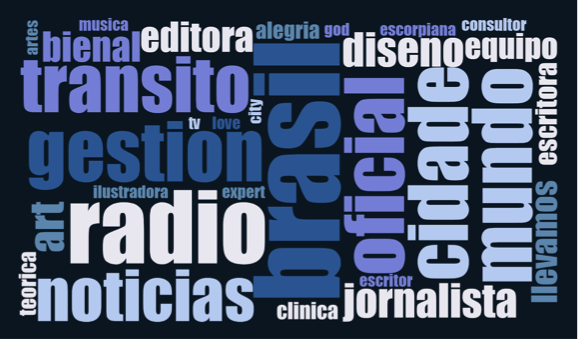 Word cloud taken from the description of the profiles active in the network and which are part of our database about the 33rd Bienal.

Thematic analysis (Twitter) of the period between the days September 18 and October 8. 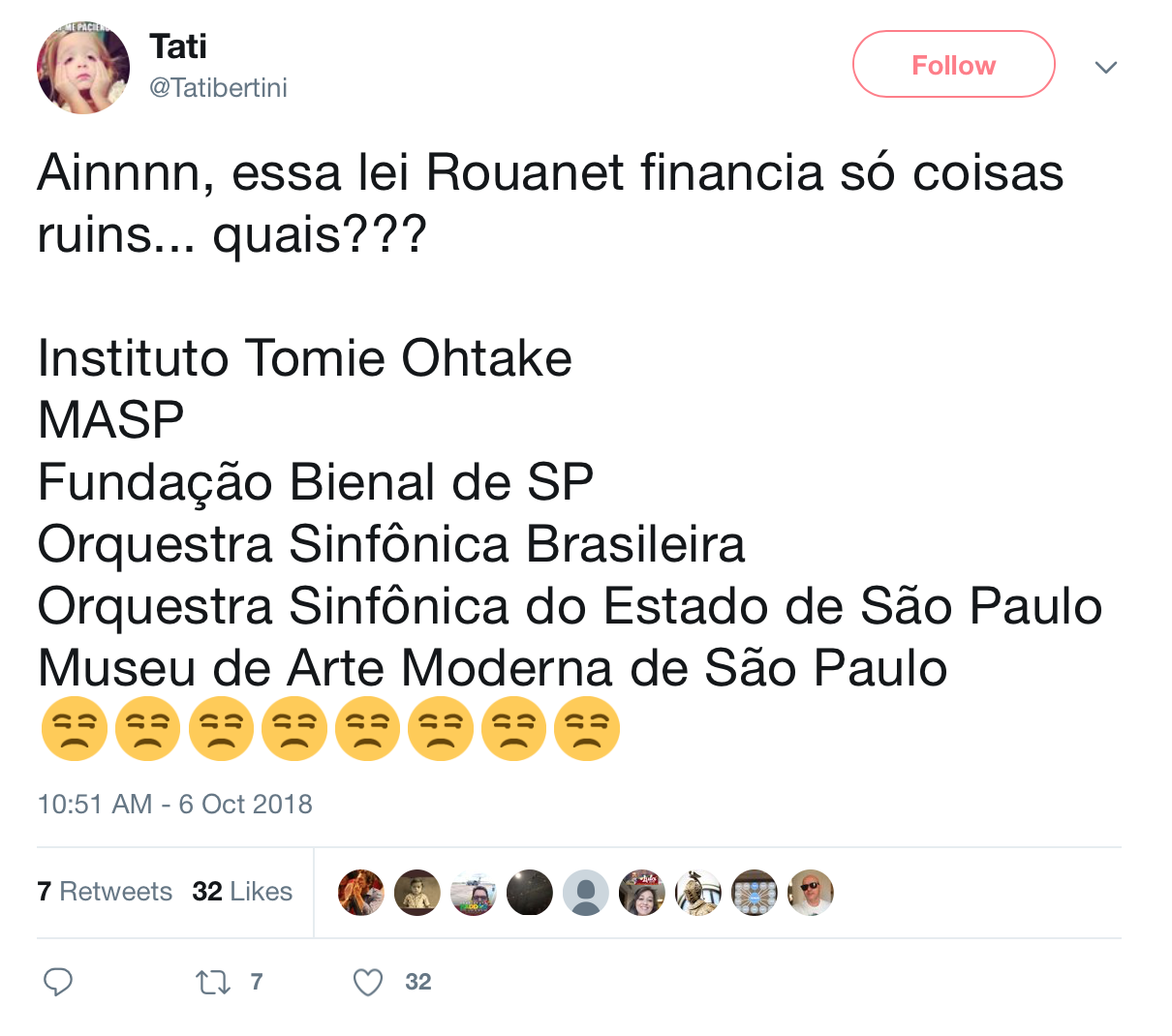 Tweet from a leading commentator on the Internet about the Biennale. 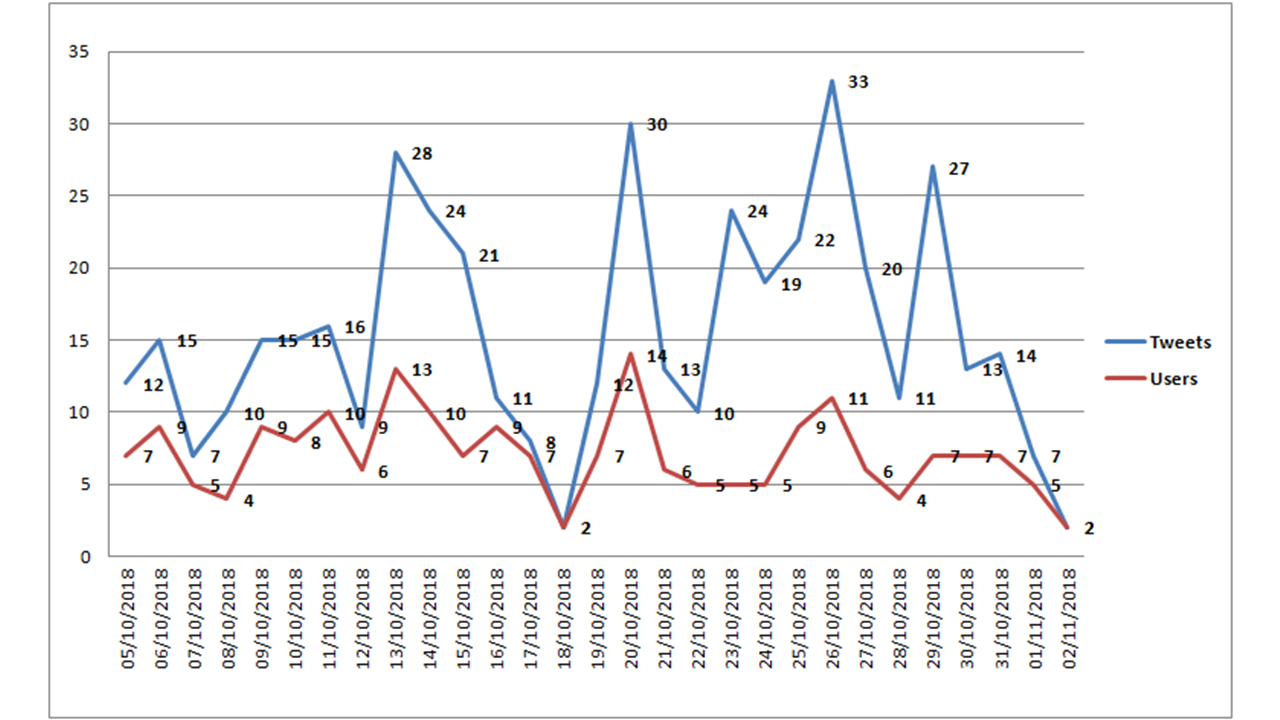 Representation of tweets per day shows oscillations in the theme Bienal throughout the 29 days (from October 5 to November 2). 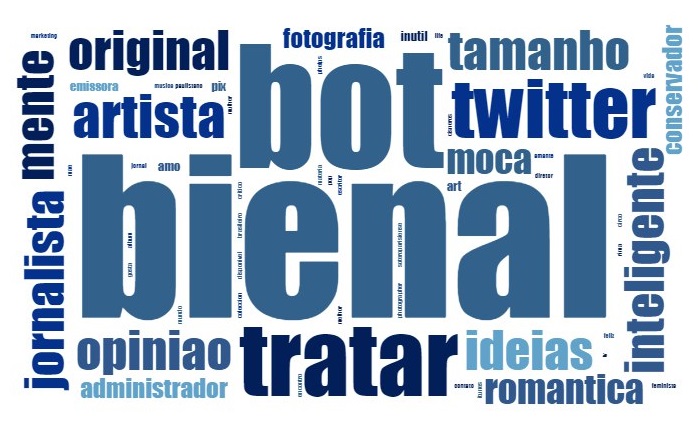 Cloud of words taken from the description of the profiles active online and which are included in our database concerning the 33rd Bienal.

Thematic analysis of the period between October 9 and November 2.

- WHAT IS PRESENCE TODAY?

- WHAT DO THE NONSPECIALISTS HAVE TO SAY?